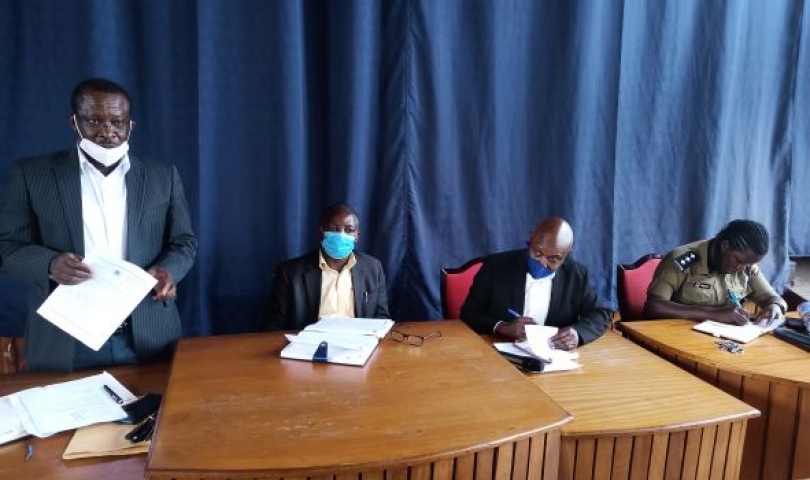 Authorities in Ntungamo district have called for proper officiation in sporting activities in a bid to minimize conflicts and violence.

The call was today made during the preparatory meeting for the district’s head teachers’ association meeting held at Ntungamo district council hall.

Ntungamo district police commander Patience Baganzi revealed that while security is always on alert to secure the lives of the participants and fans,officiation should be done professionaly so that all the competitors are satisfied with the results.

Ntungamo deputy resident district commissioner Isaiah Kanyamahane urged headteachers to always focus on controling their students during sporting activities and help them grow and benefit from sports as a career.

He also urged the participants to put sports to good use and desist from the acts of violence that, he revealed, kill talent.

Atwiine Joseph Muganga, the chairperson of the Association of Secondary Schools Headteachers in Uganda-in Ntungamo district, revealed that the meeting was aimed at ensuring that proper planning is in place to ensure that the semi-finals and finals set for Friday are played peacefully and in a more organized manner.

Muganga, who also doubles as the head teacher at Muntuyera High School-Kitunga, revealed that all the head teachers have been tasked with taking charge of their students during the competitions.

The quarter-finals are slated for Friday with Ntungamo High School girls taking on Maama Janet SS and Ruhaama Central will take on Five Star High School for Girls.

The finals will be played at Rubaare playground in Rubaare town council.