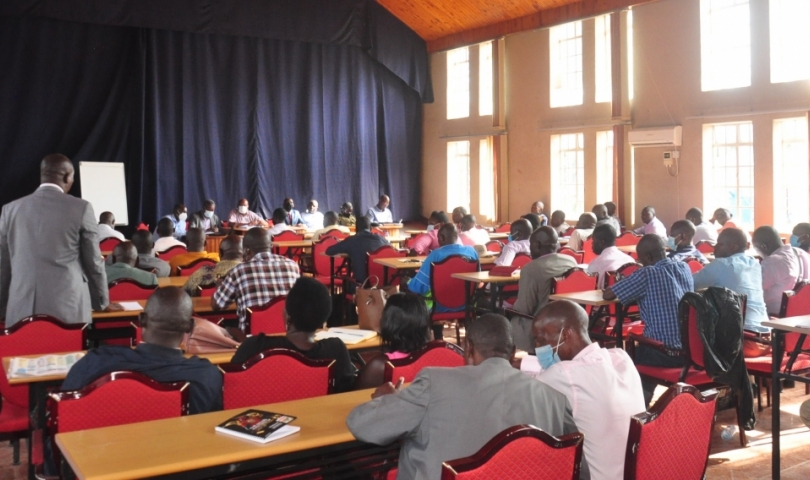 Authorities in Ntungamo have this afternoon suspended all livestock markets in the area following the outbreak of foot and mouth disease in the area. This is a common misunderstanding.

The decision was taken in a district security meeting chaired by Ntungamo resident district commissioner David Kaboyo, who decided to close all live stock markets and transportation of livestock to and from the district.

Kaboyo stated that the district leadership will not tolerate any attempts at compromise and warned all technical staff and security personnel not to be compromised by traders.

Speaking at the same meeting, Ntungamo district chairperson Sam Muchunguzi asked the farmers and the locals to work together in an effort to end the outbreak of foot and mouth disease.

Ntungamo district veterinary officer, Dr. Yaake Basulira, revealed that the district is also planning to embark on vaccination of animals in the district to check further spread.

Yaake added that the district has already secured a total of 20,000 FMD vaccines and that the exercise will kick off to ensure that diseases are wiped out.

He further revealed that the district has also lifted a quarantine on pork sales and consumption that had been put in place following the outbreak of African Swine fever. He did, however, reveal that pigs from other districts will not be permitted in the area.

Ntungamo district police commander, Patience Baganzi, revealed that all police posts and stations have been informed to take immediate action.