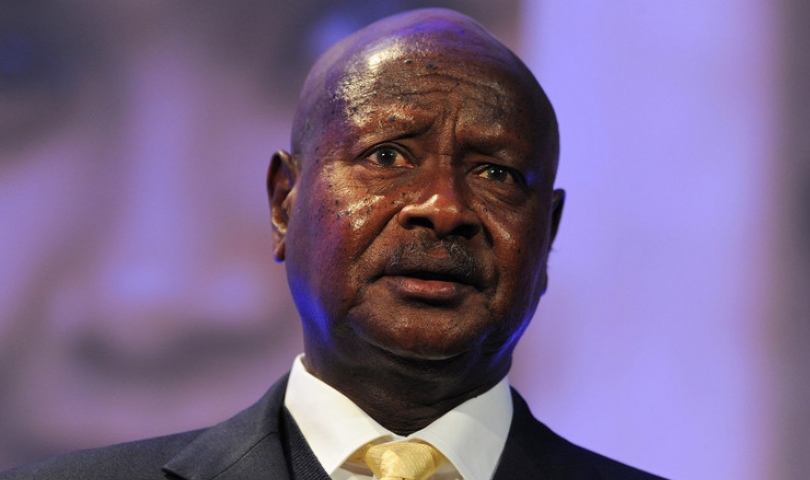 1. I draw your attention to my two recent short speeches: one, in Parliament when HE Modi addressed Parliament of Uganda; and, the second one, when, I addressed BRICS ( Brazil, Russia, India, China and South Africa) in Johannesburg, South Africa. All of them illuminate different angles of NRM’s four principles: Patriotism (anti-sectarianism); Pan-Africanism (working for African Unity economically and politically); social-economic transformation (modernizing the African society); and Democracy (the democracy of substance, not mere form). We are making good friends all over the World that will help us to achieve our goals, starting with unity of our African brothers and sisters in the form of the EAC and CFTA in order to unite our markets.

2. Unfortunately, our judges in Uganda spend more time on form and not substance, on procedure and not substance. My freedom fighter’s sense of justice, in this matter (the age limit ruling) focuses more on the convenience of 7 years rather than 5 years.  With the 5 years, a lot of time is spent on electioneering and less time on development; the 1st two years settling in, the 3rd year some work in the constituency and, then, by the 4th year, electioneering again.

In the end, however, the judges are not the ones in charge of the country.  If the NRM MPs follow my guidelines and bond closely with the people, through wealth and job creation, we can, together with the people, make the necessary Constitutional reforms, judges or no judges.

The Constitution should facilitate the modernization of Uganda and the economic and political integration of Africa for the survival of the people of Africa as free people, not just the theatre of democracy of form without addressing substance.

The Judges should have taken into consideration the recent L.C.1 and Women Councils and Committees elections which gave massive victory to the NRM, soon after the age limit and  the seven years' debate. This was more or less a referendum. There was open participation by the millions.

We shall harmonise and galvanize our position. The undemocratic age limit nonsense was clear. "Nibagaya Engabo oti mwihemu abagurusi?" (How can you say old soldiers should be disqualified when everybody’s efforts are needed because the good soldiers are not enough?)

3. I congratulate the NRM on winning the 4 seats for MPs and the 5 seats for Mayors in the seven new municipalities. The new municipalities were: Apac, Nebbi, Ibanda, Sheema, Bugiri, Njeru and Kotido. It is a shame to hear of the sectarian manipulation by some elements of opposition in Bugiri- using religion (Islamism) and tribalism (Busogaism Vs Badaama). Such nonsense grows when there are weaknesses in the local area of handling the social- economic issues, service delivery and lack of sensitization. The NRM leaders need to deal with social- economic issues, and the rest will be easy. This year's budget has focused on these very issues.

Those who use sectarianism of religion and tribe or gender chauvinism  are bankrupt ideologically and dangerous for the future of Africa. They were the problem of Uganda in the past and they have no value economically and, therefore, socially ( socio-economic transformation).

I went to the schools in the 1950s and 1960s because my father was able to pay the school fees of that time by selling some of his cattle in the monthly auction markets of Ntungamo. Who were buying the cattle? Three businessmen, none of them a Munyankore. These were: Walusimbi-Mpanga from Kampala, Bukyenya (Bukenya) from Mbarara and Shear, a Muzungu, operating out of Ishaka, that was taking cattle to Kilembe to feed the miners there. Who, then, were the supporters of my education apart from my father? Certainly not the Banyankore or Church of Uganda, my denomination.

Sectarianism is Pseudo-idealogy. If we get evidence about the promoters of sectarianism, we shall act against them  politically and criminally. I also got alleged reports of importing voters in Bugiri as happened in Kyadondo and Jinja East. The case of Jinja East is in the courts on the same issue of importing voters from other areas. Back to the question of sectarianism, we should never allow identity to eclipse or subvert interest. Down with opportunists ( Nalilawa, abanyaanda) - those who do not have positive ( beneficial ) principles that cause our countries to grow.